Share to:
Back to list
On September 19th, 2019, a special investment meeting of Neijiang was held in Chengdu, successfully attracting investors from the electronic information, automobile parts and other industries in the city. After the meeting, Mayor Zheng Li met the president Kenny Wu and vice president Lin Fujin from the Dalang Branch of Dongguan Taiwanese Investment Enterprises Association.

President Kenny Wu comes from Shini Plastics Technologies (Dongguan), Inc., which is an equipment manufacturing enterprise headquartered in Taipei. It has six production bases across the world, with many sales and service strongholds in each industrial centralized city of China. The products of Shini Group are marketing in more than 50 countries and regions in the world. Over the past decades, Shini Group has been committed to pursue excellent quality and adhere to "Customer First, and Quality First" principle. Now, it becomes a trustworthy leading brand in the industry. Vice president Lin Fujin is from Dongguan Dalang Transportation Loading and Unloading Company that located in Dongguan of Guangdong. It is mainly engaged in transporting, loading, unloading and shipping heavy-duty high-end precision equipments, which has passed the high standard quality inspection and certification of the partners and won highly remarks from all social circles.

Mayor Zheng expressed her warm welcome and sincere thanks to the arrival of Kenny Wu and his companion. She said that Mr. Zhang Daqian has an important blood relationship connecting Neijiang and Taiwan that accelerated the economic and cultural exchanges between the two places, making Neijiang the city with the most foreigner and Taiwanese invested companies in Sichuan except Chengdu. Then, Mayor Zheng introduced the investment environment and advantages of Neijiang City in detail. She mentioned that Neijiang is an important city node targeting at the development and the supporting service center for megalopolis infrastructure in Chengdu and Chongqing. Based on its own advantages, it aims at supporting links and service demands of the leading industries to promote steady development in the electronic information, automotive parts and other industries of Chengdu and Chongqing.

President Kenny Wu observed that he supported the plan to cooperate with Neijiang city for business investment, encourage the member enterprise to carry out further negotiation with Neijing government, in order to make both parties realize the “Openness and Innovation, and Win-win Cooperation” blueprint. 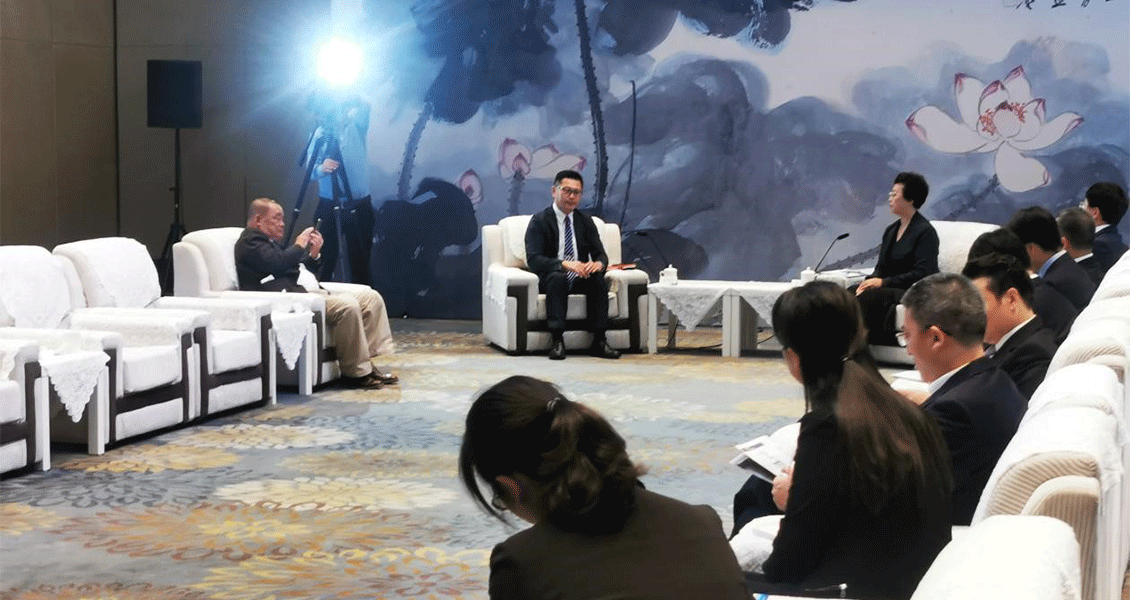